Things are not always as we think they are: How thoughts affect our work life 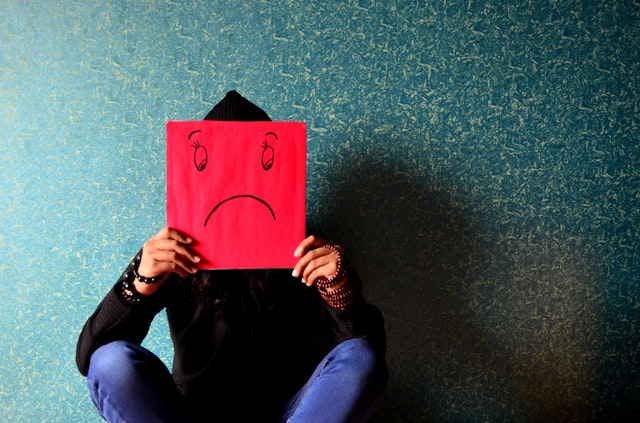 The other night, I was lying in bed just about to drift off into a restful sleep when I heard a loud scream coming from my neighbours’ house.

I immediately jumped out of bed and got dressed ready to rush next door, call an ambulance and provide first aid. My stress response had switched on because, faced with this situation, I had come to the conclusion that someone was seriously hurt.

Before rushing next door I did, however, take a pause and reassess the situation. Could there have been other explanations for the scream? I decided to text my neighbour. She replied that she had just found a Huntsman spider on the stairs and had screamed with fright.

We both laughed about it the following day and it got me thinking about …. well… thinking. More specifically, about the relationships between our thoughts and feelings.

It is commonly assumed that external situations are the source of our feelings but if that were the case, we would all be feeling the exact same way about events and we know that this isn’t the case. For example, when Donald Trump was elected as President of the United States, some people were happy about it and others were not so happy. So we know that the same event can lead to very different feelings.

The reason for the difference lies in our interpretation of the event or our thoughts about the event.

Let’s put this in the context of animal-related work. Imagine, a client doesn’t attend their appointment. You may interpret this event in a number of ways. You could think ‘she has forgotten about her appointment’, or you may think “she must think I’m incompetent and has found someone else”. As you might expect, the first thought is likely to lead to neutral feelings while the second thought would most likely lead to feelings of guilt, shame or sadness.

With this important relationship in mind, it turns out that there are some common types of thoughts that are believed to be strongly related to negative feelings. In psychological terms, these are called cognitive distortions.

A common unhelpful thought or cognitive distortion is called Catastrophising. Catastrophising occurs when you tend to believe that the worst possible outcome or explanation is the most likely. In other words, it’s the ability to make a mountain out of a molehill. Something which, on reflection, I seem to have a natural talent for.

According to David Burns (1999), there are ten more unhelpful thought patterns.

Do you recognise any of these? And how might they apply to you as an animal care professional?

This describes a tendency to see things in black or white or as a complete success versus failure. For example, you may have forgotten to discuss all of the possible side-effects of a medication with an owner when she picks up her cat from the clinic and you immediately assume that you’re a failure. 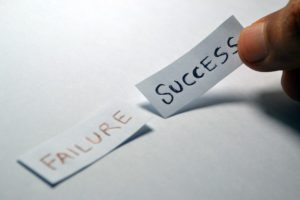 This describes an inclination to see a single negative event as a never-ending series of defeats. If you tend to regularly use the words ‘never’ and ‘always’, this may be a sign you overgeneralise. For example, you work at an animal shelter and your supervisor tells you to get through the morning routine quickly because there is a lot to do, and you think “they are always on my case!”

This occurs when an individual may dwell on a single negative aspect of a situation. For example, you receive your annual performance review and while the majority of the comments are positive, you receive one comment which suggests a particular area or skill requires improvement. You then dwell on this one negative comment all day.

This is the tendency to reject the positive. For example, you have been rehabilitating a fearful and anxious dog and he shows signs of improvement by wagging his tail when people approach. You, however, will discount this as a sign of your skills and say “it’s really nothing; anyone could have done this if they had worked with him”. 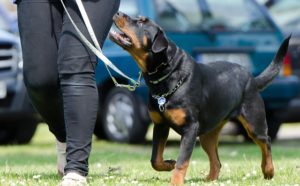 This describes patterns in thinking where one interprets ambiguous situations negatively. For example, a co-worker is short with you and doesn’t smile when they see you. You immediately assume that they are upset with you for something and then go through all of your previous interactions with them trying to figure out what you did to upset them.

This thought pattern refers to the tendency to magnify your faults and minimise positive attributes. For example, you give a presentation at a conference. The presentation is a success but you accidentally skipped a PowerPoint slide and while many people come up and congratulate you on the talk, you believe you ruined it because of the slide you missed.

This describes a tendency to allow emotions to dictate conclusions about yourself, an event or another person. For example, “I am scared therefore this situation must be dangerous”, “I am feeling guilty. This must mean that I have done something wrong and am a terrible person”.

This describes a pattern in thinking when one interprets a single negative event as an indicator of their flawed character. For example, you forgot to buy dog food on the way home and think “I am a bad pet parent”. 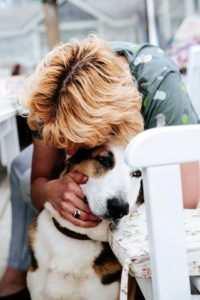 Last, personalisation occurs when an individual holds themselves responsible for a situation which was not, altogether, under their control. For example, you have been rehabilitating a dog at an animal shelter; the dog, unfortunately, fails a temperament test and is euthanized. In response, you blame yourself for having failed the dog. Blame can also occur in these situations where a person may hold another solely responsible for the negative event.

Did you recognise any of these in yourself?

So what can you do about them?

If you recognised some of these thought patterns in yourself, and you think they may be influencing how you feel about your work or about life in general, the first thing you can do is to become aware of them. You can do this by journaling your events, thoughts, and feelings. Obviously, it’s going to be a little tricky journaling everything that happens in a day so pick significant events that have led to relatively intense feelings. Describe the event, the feeling, and the thought.

The second thing, you can do is practice replacing the unhelpful thoughts with helpful ones. To do this, add a column to your journal, label it ‘Helpful thought’ and begin brainstorming helpful thoughts.

For additional advice and access to a free PDF, Thought Record go to https://psychologytools.com/thought-records-self-help.html or simply make your own journal. 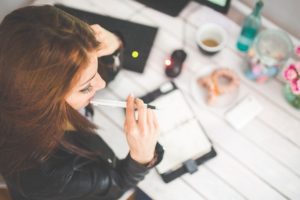 Becoming aware of unhelpful thoughts and replacing them with helpful thoughts is a skill, and just like any skill, it requires practice, time, and effort. With time you will improve your awareness and ability to take a step back and reassess how you think about events in your life. With time and practice, your thoughts can change and so will your feelings. Just see what happens.

And if the occasional unhelpful thought pops up, like mine did … you can take a step back, reassess and maybe have a laugh about it later. At least my neighbour now knows I have her back in any situation, medical emergency or spider related!

When grief comes to work. How animal care professionals cope with grief and loss.

Why being a “good enough” animal caregiver is best

10 ways to remember your beloved pet

Compassion fatigue and burnout in animal trainers and behaviour consultants: When it’s not all puppies, rainbows and unicorns.

Caring for an anxious pet: Ways to manage stress and prevent caregiver burden

Saying Goodbye: 8 Ways to Prepare and Cope with Pet Loss

Things are not always as we think they are: How thoughts affect our work life.